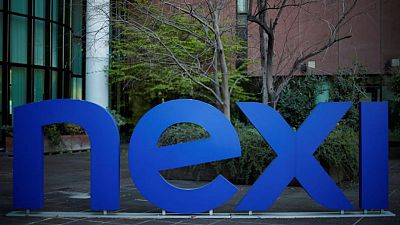 MILAN – Nexi said its acquisition of smaller rival SIA to create an Italian payments champion will be completed “as soon as practicable” after Italy’s antitrust authority gave a conditional green light to the deal.

The competition watchdog gave the approval on Thursday, after last month saying it had opened an investigation into the merger due to antitrust concerns in Italy’s digital payments industry.

Nexi, which in June merged with Nordic rival Nets, expects to finalise the merger this quarter, creating one of Europe’s largest payments groups. It said in a statement it would implement the measures demanded by the authority to clear the deal within the required timeframe.

“Today’s authorisation is a further step towards the closing of the transaction, which will be completed as soon as practicable,” Nexi added.

By 0730 GMT shares in Nexi, which was acquired by private equity funds from a group of Italian banks and then listed in 2019, were up 0.86%, slightly outperforming Italy’s blue-chip index.

Jefferies calculated the “limited concessions” Nexi would need to adopt to meet the antitrust authority’s conditions would shave less than 10 million euros ($12 million) off its top line.

The watchdog has asked Nexi to waive an exclusivity clause in contracts with payments processor equensWorldline for domestic processing and clearing services outside the single euro payments area (SEPA), and to sell non-SEPA clearing contracts it currently has with banks.

“The… proposed remedies reflect what is likely a best-case scenario for the merger,” Jefferies analyst Paul Kratz said in a note, reiterating a ‘buy’ rating on Nexi.

The measures were unlikely to change the status quo in the Italian market, he said, and preserved much of the dominant market position created by the merger.

The watchdog said in a statement late on Thursday that the measures imposed were aimed at avoiding discrimination and granting efficiency to any potential new players in the sector.

It added that the merger could strengthen or create a dominant position in some specific sectors, such as domestic card processing and clearing services, although the situation was expected to be temporary.