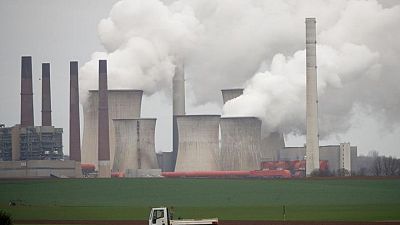 By Riham Alkousaa and Miranda Murray

Berlin – Germany’s top economic institutes cut their joint forecast for 2021 growth in Europe’s largest economy to 2.4% on Thursday as supply bottlenecks hamper manufacturing, but they raised their prediction for next year.

The five institutes – the RWI in Essen, the DIW in Berlin, the Ifo in Munich, the IfW in Kiel and Halle’s IWH – raised their 2022 forecast to 4.8% from 3.9%, saying the economy would reach normal capacity utilisation over the course of the year as the impact of the coronavirus pandemic gradually eased.

Reuters first reported on Wednesday that the institutes planned to cut their forecast for 2021, which had stood at 3.7%.

Global manufacturing has been slammed by shortages of components, clogged ports and a lack of cargo containers. A labour market crunch has added to the disarray after pandemic-induced shutdowns last year.

The Economy Ministry said a GDP increase was likely in Germany in the third quarter thanks to expansion in services, though growth was expected to stagnate towards the end of 2021.

The government does not expect inflation to ease until next year, when one-off effects run out. The current inflation rate of 4.1% is at the highest level since 1993 due primarily to significant increases in energy costs.

“We assume that monetary policy will be able to achieve its price stability goal in the medium term. That would be an average inflation rate for consumer prices of 2% per year,” said Holtemoeller at a news conference.

The institutes said the current inflation forecast was based on an assumption that wages would rise by 2 percentage points to 2.5% in the next few years. If collective wages rose by more than that, as unions suggested, this would change the situation significantly and lead to high inflation rates, they said.