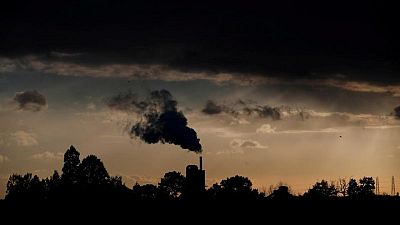 By Huw Jones and Simon Jessop

LONDON -Around half of companies assessed have begun to apply globally-agreed climate-related disclosure standards for helping investors to pick firms committed to sustainability, regulators said on Thursday.

A task force set up by the Financial Stability Board – which groups regulators, central banks and treasury officials from G20 countries – set out recommendations in 2017 on how companies could voluntarily disclose the risks and opportunities from climate change.

But four years on, only about half of companies disclosed climate-related risks and opportunities in some form, on average covering around a third of the 11 recommended disclosures, the Task Force on Climate-related Financial Disclosures (TCFD) said in an update published on Thursday.

Significant progress is still needed, the report said after a recent review of more than 1,600 companies around the world.

“There is clear and growing consensus among investors and regulators on the importance of climate-related disclosure and the need for standardised, transparent data to support capital allocation decisions,” said Mary Schapiro, head of the TCFD.

Regulators are worried that companies touting their “green credentials” to attract investors’ cash may be making exaggerated claims about their commitment to sustainability – something known as “greenwashing”.

The task force said more than 2,600 organisations have expressed their support for its recommendations, an increase of more than a third since the 2020. They include 1,069 financial institutions responsible for assets of $194 trillion.

To improve uptake, regulators in markets such as Britain, the European Union, Brazil, Hong Kong, Japan, New Zealand, Singapore and Switzerland have begun using the recommendations as a basis for mandatory disclosures.

The recommendations are part of a patchwork of disclosure rules that have emerged, prompting regulators to intervene in a bid to impose a more unified, global approach.

The IFRS Foundation is set to create an International Sustainability Standards Board (ISSB) in the run up to next month’s COP26 climate change conference in Glasgow.

The ISSB, backed by leading countries, will build on the task force’s recommendations to create “baseline” disclosure standards by mid-2022 which supporting countries will make mandatory.

“The FSB welcomes the continued progress the IFRS Foundation is making on its initiative to develop a global sustainability reporting standard, beginning with climate,” the FSB said in a statement.