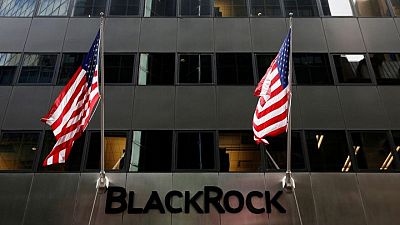 Asset managers have benefited from rising global financial markets in recent quarters as investors put money to work, making the most of the post-pandemic economic reopening, driven by progress on vaccinations and strong fiscal and monetary aid.

But with financial markets wobbling during the second quarter – the S&P 500 Index ended the quarter about flat, its worst quarterly performance in six quarters – money managers, BlackRock, included, have had a tougher time growing assets.

BlackRock ended the past quarter with $9.46 trillion in assets under management, up from $7.81 trillion a year earlier, but about flat from the second quarter of this year. Some analysts had expected the investment giant to top $10 trillion in assets.

“It’s not time to pop the champagne on the $10 trillion mark yet, that’s probably a couple of quarters off,” said Kyle Sanders, an analyst with St. Louis-based financial services firm Edward Jones.

Jefferies analysts attributed strength in revenue to robust performance fees which came in at $345 million, compared with Jefferies’ estimate of $220 million.

BlackRock’s long-term net flows for the quarter stood at $98 billion, helped by continued momentum in its ETFs and active strategies.

The firm logged 9% organic fee growth for the quarter, its sixth straight quarter in excess of their 5% target.

“Organic growth was broad-based, spanning our active platform as well as in each of our ETF product categories,” BlackRock CEO Larry Fink said in a statement.

“Demand for ESG (Environmental, Social, and Governance) remains strong, with $31 billion of inflows across our sustainable active and index strategies,” Fink said.

Analysts on average had expected the company to report a profit of $9.35 per share, according to IBES data from Refinitiv.

“This was good quarter for them, but it wasn’t a blowout quarter,” Edward Jones’ Sanders said.

Still, the fund manager’s size and reach into every corner of the market, equity, fixed income, multi-asset and alternatives, places it in a favorable position relative to smaller peers, analysts said.

BlackRock’s shares are up 15.9% for the year, compared with a 33.1% gain for a Thomson Reuters index that includes more than a dozen of BlackRock’s industry rivals in the United States.

BlackRock shares were up about 1% in trading before the bell on Wednesday.