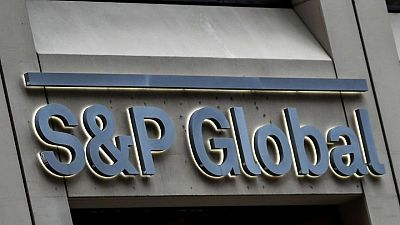 The deal, announced last November, reflects the consolidation in the financial information services sector as companies race to create one-stop shops to lure the biggest clients and invest in artificial intelligence and machine learning.

S&P shares reversed earlier losses and were up 1% in early mid-trade after publication of Reuters’ report on the approval, while IHS shares added gains to trade 1.3% higher.

It struck the $1.15 billion deal with News Corp in August, subject to the closing of the IHS Markit acquisition.

S&P Global ranks a distant third by annual revenue behind Bloomberg and Refinitiv, based data from on market research firm Burton-Taylor. While the acquisition of IHS Markit, the No. 8 player, would not change that ranking, it would accelerate S&P Global’s growth.

It will enable the distribution of IHS Markit products and services to S&P Global’s 1 million desktop users.

The UK competition agency is also investigating the deal and will decide by Oct. 19.

Thomson Reuters, parent of Reuters News, competes with Platts, Argus and OPIS in providing news and information to the oil markets.