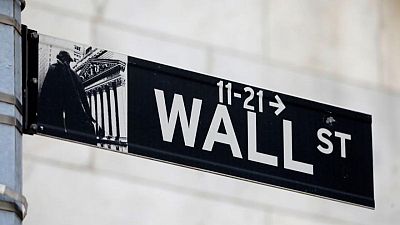 NEWYORK – U.S. stock market investors are gauging whether more volatility is ahead because of surging global energy prices, which could drive up inflation, erode profit margins and pressure consumer spending.

Stocks rebounded this week after Monday’s losses left the S&P 500 down 5.2% from its record high hit in September. A truce in the U.S. Congress to avoid a debt default provided some relief, but investors remain worried about inflation, higher U.S. Treasury yields and the Federal Reserve’s plan to unwind its easy money policies.

Energy costs are a major factor for inflation, and will be a key topic as companies report third-quarter results in coming weeks. Oil prices have surged more than 25% since late August, with Brent topping $80 a barrel and hitting three-year highs. Natural gas prices in Europe have rocketed, causing alarm among political leaders.

Oil prices have a “roughly neutral” affect on overall corporate earnings, according to Goldman Sachs strategists, with every 10% increase in Brent prices boosting S&P 500 earnings per share by 0.3%.

Energy shares have soared as crude prices climbed, yet higher prices could weigh on companies ranging from transportation to consumer discretionary firms.

“We are going to find out if this piece of the inflation puzzle is the straw that breaks the camel’s back and actually starts cutting into margins,” said Art Hogan, chief market strategist at National Securities. “There are incremental costs to everything when energy prices go up.”

Despite September’s pullback, the S&P 500 remains up about 17% so far in 2021. Even as investors swooped in to buy the market’s latest dip, some Wall Street strategists are pointing to risks that could come with jumping into equities.

If oil prices keep rising toward $100 a barrel, that “could continue to weigh on sentiment,” said Michael Arone, chief investment strategist at State Street Global Advisors.

“If we break that barrier, I think it will influence how people are forecasting economic growth and inflation and interest rates, which has broad implications for sectors and industries and markets,” Arone said.

As oil gained since late August, the S&P 500 energy sector has increased 25% against a 1% drop for the overall index. Energy was the lone sector to post positive performance in September.

The energy sector comprises less than 3% of the weight of the S&P 500, however, and rising oil prices can raise fuel and other costs for companies such as transportation firms, while also threatening demand by leading consumers to pay more, such as for gas at the pump.

In a note last week, U.S. economists at Deutsche Bank said the 101-cent increase in gas prices from a year earlier would be expected to lead to a reduction in income that can be spent on non-energy items of about $120 billion.

However, the relative amount of consumer spending on gasoline and other energy expenditures has trended lower over the past 40 years, according to data from Jack Janasiewicz, portfolio manager at Natixis Investment Managers Solutions.

The percent of personal consumption expenditures devoted to gas and other energy spending has fallen from over 6% in the early 1980s to 2.35% most recently, Janasiewicz said.

And JPMorgan strategists said markets would be able to digest oil at $130 a barrel, as the economy and consumer “were functioning just fine” over 2010-15, when oil averaged above $100.

“We do not believe that the current price of energy will have a significant negative impact on the economy,” the strategists wrote.