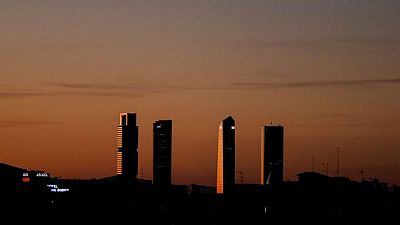 By Nathan Allen and Belén Carreño

MADRID – Spain plans to spend a record 40 billion euros ($46 billion) of state funds on investments next year, the government said on Thursday, as EU payments to support the economy’s robust post-pandemic recovery kick in.

“There is a strong consensus that we must maintain stimulus policies to avoid damaging growth,” she told reporters while presenting next year’s budget draft. “These accounts have the role of an engine to stimulate activity and transformation.”

The government expects economic growth to accelerate to 7% in 2022 against this year’s projected 6.5% rebound from a COVID-induced slump, although weak recent data have cast doubt on the 2021 forecast.

Montero said that, including 27.6 billion euros from the EU funds, central government spending was set to rise 2.3% to around 242 billion euros. Total spending, including regional budgets and pensions, is seen up 0.6% from 2021’s budget draft to 459 billion euros.

Tax receipts are set to rebound 8.5% this year and grow a further 8.1% in 2022, Montero added. A source in her ministry called the tax collection forecast relatively modest.

The expected introduction of a flat-rate 15% tax on large corporations should bring in around 400 million euros, the government said.

“The (EU) fiscal rules (setting a 3% threshold) were suspended, but not fiscal responsibility. We are still committed to deficit reduction,” she said.

The minority ruling coalition of Prime Minister Pedro Sanchez’s Socialist Party and the far-left Unidas Podemos must shepherd the budget proposal through a polarised parliament, where they will rely on the support of Catalan separatists ERC.

Antonio Barroso, an analyst with political consultants Teneo, said ERC was likely – though not guaranteed – to back the government to keep extracting concessions in negotiations over Catalonia’s political future.