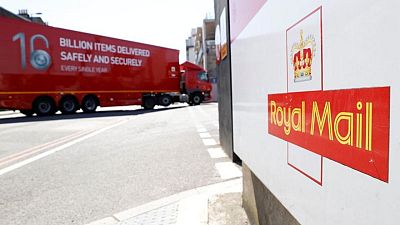 By Sachin Ravikumar and Muvija M

It also comes as the pandemic spurs more online shopping, which relies on parcel and freight companies. Earlier this year, Royal Mail’s parcel volumes reached their highest in its more than 500-year history.

“Rosenau Transport’s model is similar to our existing Canadian business and provides an excellent fit,” GLS Chief Executive Martin Seidenberg said in a statement on Friday.

Canada’s combined parcel and freight market is worth about C$25 billion, and is growing at about 5% every year, Royal Mail said, citing internal estimates.

Rosenau had revenue of C$175 million and core earnings of C$41.6 million in the year ended August, with a mid-teens percentage operating profit margin similar to that reported by Dicom, Royal Mail said.

The deal, expected to close by December, should add to GLS‘s earnings and cash flow for the year ending March 2022, Royal Mail said. The purchase will be funded by existing cash and loans.

It comes two weeks after Royal Mail gave an upbeat profit forecast as it benefits from improving letter volumes and higher UK parcel revenues due to the online shopping boom.

Shares in Royal Mail, which have gained 22% so far this year, were largely unchanged at 0820 GMT, having earlier risen 1%.