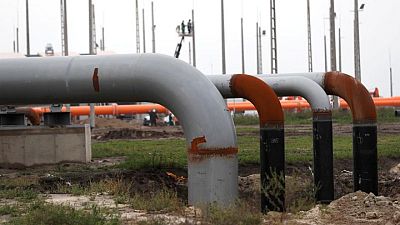 BUDAPEST – Hungarian Prime Minister Viktor Orban on Friday blamed European Union action to combat climate change for a surge in energy prices, and said that Poland and Hungary would present a united front on this issue at the next EU summit.

The jump in energy prices has inflamed tensions between European Union countries over their green transition policies. Wealthy member states say it proves the need to press on with new climate change policies but poorer EU countries are worried they could push up consumer bills.

Analysts have said gas prices are the main driver of European electricity costs, while the soaring cost of permits on the EU carbon market has contributed around a fifth of the power price increase.

Orban, who faces elections next year, told state radio on Friday that “bureaucrats in Brussels” are fighting against climate change by continuously raising the price of energy generated using coal and gas, which has led to a surge in households’ energy bills across Europe.

Orban’s nationalist government in 2010 put a cap on gas and power price hikes for households, effectively freezing prices and these measures have been in place ever since.

“These (EU) decisions must be withdrawn … at present gas prices are where they should be in 2035. Brussels is not the solution today, they are the problem,” Orban said.

“Poles, Czech and we Hungarians demand that the rules should be withdrawn.”

Opposition to EU plans to extend carbon trading to cover the transport and heating sectors has come from both wealthy and less affluent states concerned it would mean more of the fees being passed on to consumers.

EU climate policy chief Frans Timmermans said emissions from Europe’s transport sector are on a rising trend. Left unchecked, that would thwart the EU goal to cut net greenhouse gas emissions by at least 55% by 2030.

“Its a Commissioner called Timmermans who is posing the biggest threat to us,” Orban said.