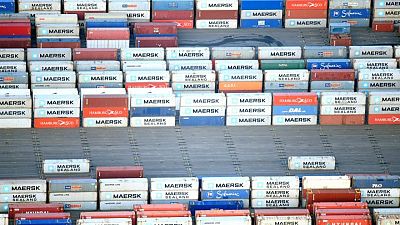 BERLIN – The volume of German exports fell in August for the first time in 15 months, slipping unexpectedly as the supply chain issues plaguing the global economy continued to bite in Europe’s largest economy.

The hiccup follows a string of economic indicators showing the impact supply chain-driven inflationary pressures are having on exporters.

Shortages of intermediate goods like semiconductors and some raw materials have held back many sectors, especially Germany’s crucial car industry.

Compared to the year before, when the world economy was deep in the economic crisis caused by the coronavirus pandemic, trade staged a strong recovery, with exports to the United States up 22.4% and those to China up 4.4%.

The German Chambers of Commerce recently increased its export forecast for 2021, predicting German firms would sell 8% more abroad in 2021.

The headline numbers masked large regional differences: exports to Britain, which has been outside the European Union’s single market since January, fell 15.1% compared to last year, while imports from there fell 7.9%. Trade with EU countries and third countries grew strongly on a year-on-year basis.