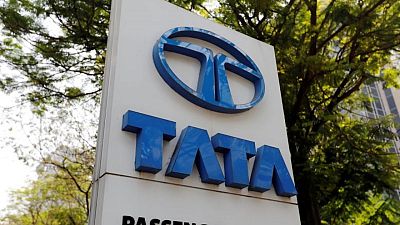 BENGALURU -Shares of India’s Tata Motors surged to their highest levels in nearly four years on Thursday after Morgan Stanley Research upgraded the stock on expectations of encouraging annual earnings from the Jaguar Land Rover parent.

The brokerage increased its rating on Tata Motors to “overweight” from “equal-weight”, which it had maintained since 2017, saying it expected the automaker’s India business to post a full-year profit after eight years of losses.

Tata Motors shares – whose price target was raised to 448 rupees apiece from 298 rupees by the brokerage – surged as much as 14% to 383 rupees to become the top percentage gainer on India’s blue-chip Nifty 50 index.

The automaker had said earlier that it aims to have near-zero automotive debt by fiscal 2024, which Morgan Stanley believes to be a bullish indicator for the company. As of the end of first quarter, Tata Motors had 613 billion rupees ($8.20 billion) in net automotive debt.

Morgan Stanley also expects the next two years to be strong for the Indian auto industry and, especially, for major players like Tata Motors.

Auto stocks drove gains on the Nifty 50 index on Thursday. Nifty’s Auto index surged as much as 5% to its highest levels since Feb. 9, with shares of peers Mahindra & Mahindra ending 4.9% higher and those of Maruti Suzuki closing up 4.1%.

In July, Tata Motors warned of a short-term impact from semiconductor shortages, rising costs of raw materials and pandemic uncertainty.

However, Morgan Stanley said these risks are now well understood by market participants and are likely factored into the share price.