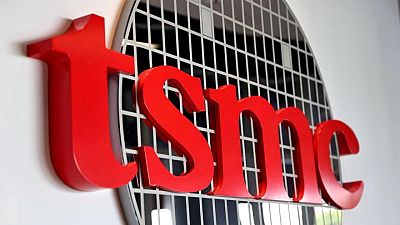 TAIPEI – Taiwan chipmaker TSMC will not leak any sensitive company information as part of a White House request for details on the ongoing semiconductor crisis that has forced cuts to U.S. auto production, the company’s general counsel said.

The White House made the request to automakers, chip companies and others last month.

Secretary of Commerce Gina Raimondo said a voluntary request for information within 45 days on the chips crisis would boost supply chain transparency and that if companies did not answer the voluntary request “then we have other tools in our tool box that require them to give us data”.

The issue has caused concern in Taiwan that companies like Taiwan Semiconductor Manufacturing Co Ltd (TSMC), the world’s largest contract chipmaker and a major Apple Inc supplier, would have to hand over sensitive data.

“Don’t worry. We definitely will not leak our company’s sensitive information, especially that related to customers,” TSMC‘s general counsel Sylvia Fang said on Wednesday, in comments provided by the company on Thursday.

“Customer trust is one of the key elements to our company’s success,” she added.

“If this is to resolve supply chain issues, we will see how best we can do to help them. We have done so many things. For the part of auto chips, we’ve tried to increase output and prioritize auto chips to a certain degree.”

TSMC, and Taiwan’s government, have repeatedly said they are doing all they can to resolve the chip shortage.

Fang said they were still in the process of assessing the content of the questionnaire the United States has sent out for companies to fill in.

The U.S. government “found out that many companies have questions so they are preparing an FAQ, which will be released soon. We are waiting for that too and see if the FAQ can help answer questions”.

Taiwan’s government has said they respect U.S. commercial law and rules but will help Taiwanese companies if they receive any “unreasonable requests”.