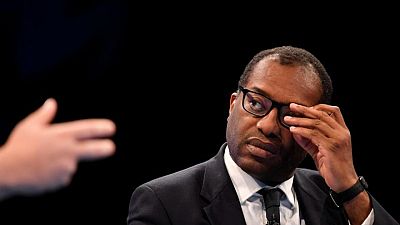 “We may well see companies going out of the market,” Kwasi Kwarteng told the Energy UK conference.

Kwarteng said the government would not provide support to struggling energy suppliers and that the current system was working, with a supplier of last resort appointed by regulator Ofgem to take on the customers from any failed companies.

“Government will not bail out failed companies, there cannot be a reward for irresponsible management,” he said.

In the longer-term, Britain’s plan to produce only “clean” energy by 2035, which could be renewable power such as wind or solar or nuclear power generation, will ultimately help to protect consumers, Kwarteng said.

“The volatility of the gas price has shown we do need to plan strategically and net zero helps us do that,” he said.

British energy prices have rocketed to record levels this month, largely due to soaring global gas prices which have risen due to a number of factors including increased demand due to a post-pandemic recovery; low gas inventories; and tighter-than-usual gas supplies from Russia.

Kwarteng said the government was aiming to get at least one new large scale nuclear plant to financial investment decision by the end of this parliament, which could run until 2024.

Kwarteng also said he was confident Britain would have enough gas and electricity to meet demand this winter.