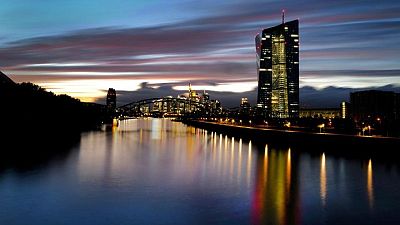 FRANKFURT – The European Central Bank’s two leading economic thinkers sparred on Thursday over how likely it was for the recent, sharp rise in euro zone inflation to become permanent.

Philip Lane and Isabel Schnabel, who lead the economic debate on the ECB‘s board, both repeated the ECB‘s official line that the spike in price growth would ease next year as the effects of a post-pandemic bounce fade.

But they differed sharply on the risks surrounding that prediction, with Schnabel warning of “more persistent inflationary pressures” and Lane of forces that could drag down price growth.

“It would be premature to assert that current price dynamics will fully subside next year,” Schnabel told a joint conference organised by the ECB and the Cleveland Federal Reserve.

“There are several sources of uncertainty that might entail more persistent inflationary pressures.”

Among them, she listed potential changes in inflation expectations and in people’s behaviour when it comes to setting wages and prices.

Speaking later at the same event, Lane refuted that the future was so uncertain.

“We should not be flying into a narrative of ‘who knows?’ ‘uncertainty is so pervasive that we have no idea’ – that’s not the case,” the ECB‘s chief economist said.

He added that the recent rise in energy costs and the rollback of pandemic-related fiscal support measures were headwinds for the economy.

Schnabel conceded that so far there was “no indication” in market prices and in economists’ forecasts that higher inflation would become entrenched.

But Lane went further, saying that the ECB wouldn’t be spurred into tightening policy by a one-off increase in wages resulting from higher inflation this year.

The ECB is widely expected to wind down its emergency bond purchases in March and the debate is now shifting to how much debt it will continue buying after that date under its regular programme.

Accounts of the ECB‘s latest policy meeting showed on Thursday that policymakers had already started worrying about upside risks when they met on Sept. 9-10.

“Risks to the inflation outlook… were widely regarded as being tilted to the upside,” the accounts stated, with policymakers arguing that the ECB must keep an eye on a possible inflation “regime shift”.

ECB chief Christine Lagarde played down inflation fears at a news conference after the meeting but has since struck a more balanced tone while many of her colleagues have flagged their concerns in private and public conversations.

But policymakers at the gathering also wondered whether their projection models were working properly given the big inflation overshoots this year.

“This raised doubts about how well the models relied on in the projections were able to capture what was currently happening in the economy, the structural changes implied by the pandemic and the impact of the ECB’s new monetary policy strategy,” the ECB said.

Inflation in the euro zone hit 3.4% in September, according to Eurostat flash estimate.

The rate setters also debated a bigger cut in the monthly pace of their Pandemic Emergency Purchase Programme (PEPP) and some policy hawks even argued that markets had already prepared for the end of PEPP without a significant impact on financing conditions.

“The argument was made that markets were already expecting an end to net asset purchases under the PEPP by March 2022,” the accounts showed. “The point was made that, even without the PEPP, the overall monetary policy stance remained highly accommodative.”

In the end, the ECB opted for a more cautious move, simply deciding to cut their emergency bond buys “moderately” for fear of upsetting the markets.