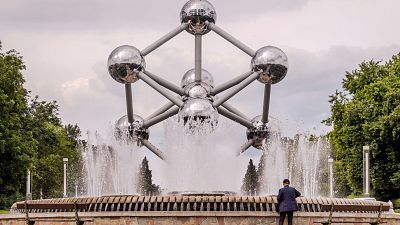 Belgium could soon shift to a four-day working week, with a possible announcement as soon as this weekend, a government spokesperson has confirmed to Euronews Next.

On Thursday, a spokesperson for Belgian economy and labour minister Pierre-Yves Dermagne told Euronews Next that the proposals were "currently being discussed within the Belgian federal government" as part of a broader programme of labour market reforms.

"More clarity should be provided on Sunday or Monday regarding the proposal," they said.

People would still work the same number of hours per week under the proposals being discussed, they said.

In Dermagne's view, new legislation governing a four-day week must also contain provisions for a "right to disconnect" law, as well as rules on registering working time, the spokesperson said.

Once committed to the proposal, Belgium's federal government will work out the details of moving to a four-day week in collaboration with representatives of industry and trade unions.

This is just compressed hours, so not strictly a shorter working week

That process could take at least six months, the spokesperson estimated, before the political process of passing the proposal into law can begin.

The government has "no intention" of making a four-day week mandatory, they said.

Will Stronge, director of UK think tank Autonomy which advocates for a shorter working week, said reducing the total number of hours worked was key to unlocking health benefits for workers.

"This is just compressed hours, so not strictly a shorter working week. Workers probably won't get nearly the same health and well-being benefits by compressing rather than reducing," he said.

"This will also mean that any increases in productivity will be minimal, as workers will be just as, if not more, tired".

"In principle we think it would be good for the employee's freedom, but of course it must be their choice," Meyrem Almaci, chair of the governing coalition's Flemish Green party, told VTM.

"It's about how he or she organises his or her life. It has to fit into people's lives," she said.

If passed into law, Belgium's proposals would leapfrog previous European trials of four-day working weeks in Spain and Iceland.

Trials of the shorter work week in Iceland in 2017 and 2015 left workers less stressed and reduced the risk of burnout, with no negative effect on productivity or service provision, researchers found.

A 2021 study of the trials by Iceland's Association for Sustainable Democracy (Alda) and Autonomy found that workers taking part reported a "powerful positive effect on work-life balance".

These included having more time to spend with their children or pursuing hobbies.

Men in heterosexual relationships were also more likely to take on household chores, the researchers found.

Robot waiters are bringing this Iraqi city into the future

Meet the women CEOs shaking the foundations of the tech industry