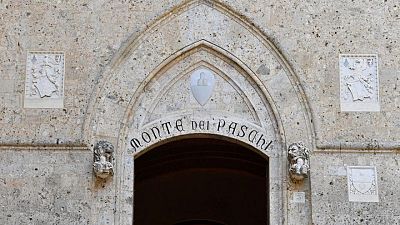 SIENA, Italy – Talks to sell state-owned bank Monte dei Paschi di Siena (MPS) to UniCredit are set to enter the final stretch now that a vote in the Tuscan bank’s hometown of Siena is out of the way.

UniCredit agreed on July 29 to discuss buying selected parts of MPS from Italy’s Treasury, which rescued the lender in 2017.

Though the due diligence analysis ended in September, talks stalled ahead of local elections in many Italian cities and a vote in Siena to fill a vacant parliamentary seat.

The choice over MPS has bearing for the business plan new UniCredit CEO Andrea Orcel is expected to present in November.

But the coalition government of Prime Minister Mario Draghi had to tread carefully ahead of the vote due to the up to 7,000 job cuts expected at MPS and the other costly conditions posed by UniCredit to consider buying the troubled rival.

Tuesday’s victory of the Siena seat by Enrico Letta, the leader of the centre-left Democratic Party, eliminates an element of uncertainty for the coalition as Letta had pledged to resign if he lost.

“Employment, avoiding a break-up, preserving the (MPS) brand and a presence of the State in the economy are the key pillars we want the government to stick to in finding a solution for MPS,” Letta said.

A senior PD lawmaker told Reuters the party could not afford to be seen to agree to 7,000 job cuts.

UniCredit targets only MPS‘ branches in the centre-north but the exact portions it will buy, as well as the number of layoffs and the amount of cash the state will have to disburse are yet to be finalised, people close to the talks said.

Italy has earmarked 1.5 billion euros to pump into MPS and two sources said the Treasury still believed that could be enough. However, another person said UniCredit expected the cash call to top the 2.5 billion euros that MPS has pledged to raise next year if it fails to find a buyer.

Also, state-owned bank MCC is seeking to rebuff Treasury demands it takes on some 300 branches and two MPS units spurned by UniCredit, two sources said, adding it would only accept 110.

Italy’s Treasury remains confident of reaching a deal by the end of the month, sources have told Reuters.