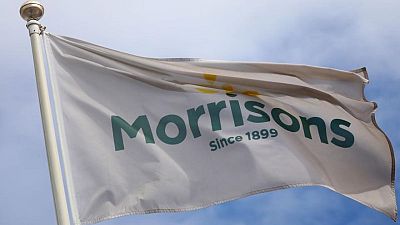 By Sarah Young and James Davey

LONDON – An auction to decide who wins a $10 billion, six-month battle for British supermarket chain Morrisons begins on Saturday, with the result expected to be announced later.

CD&R, whose 285 pence a share bid was recommended by Morrisons’ board in August, is advised by Terry Leahy, a former CEO of Britain’s biggest supermarket chain Tesco.

Morrisons, based in Bradford, northern England, began as an egg and butter merchant in 1899. It listed its shares in 1967 and is Britain’s fourth-largest grocer after market leader Tesco, Sainsbury’s and Asda.

The battle for Morrisons is the most high-profile among a spate of bids for British companies this year, reflecting private equity’s appetite for cash-generating assets.

The Takeover Panel, which governs the process for M&A deals in Britain, moved to an auction because neither bidder has declared their offers final.

The contest will consist of a maximum of five rounds.

In the first, either bidder may increase their offer. If neither does, CD&R’s existing agreed offer wins.

In the event of a higher bid in round one, the other bidder can raise their own offer in three subsequent rounds.

If there is still no winner, both offerors may make an increased bid in a fifth and final round.

The panel will make a statement once the auction has completed and although Morrisons then has until Tuesday to make its recommendation, it could make a statement as early as Saturday after its board meets.

Both CD&R and Fortress have committed to retain Morrisons’ Bradford headquarters and its existing management team led by CEO David Potts, execute its strategy, not sell its freehold store estate and to maintain staff pay rates.

However, the commitments are not legally binding.