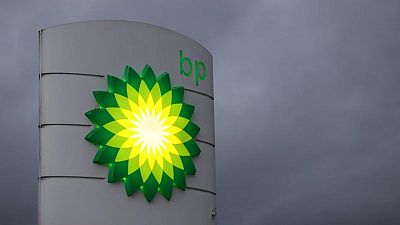 By Ron Bousso and Stephen Jewkes

LONDON – BP and Eni are seeking to raise up to $2 billion for their emerging oil and gas joint venture in Angola as both firms attempt to reduce their own debt to help build up renewables businesses, banking and industry sources said.

BP and Eni announced in May that they had entered into talks to merge their oil, gas and liquefied natural gas (LNG) operations in Angola to form one of Africa’s largest energy companies.

Spinning off oil and gas assets is seen as a way for them to squeeze more out of such assets as they try to reduce their greenhouse gas emissions and shift towards renewable energy.

BP and Eni have in recent weeks contacted a number of leading western banks to request proposals to raise $1.5-$2 billion for the joint venture, four sources said.

“They are trying to deconsolidate the Angolan assets and want to raise cash for the joint venture’s upstream operations,” one of the sources said.

However, many western banks are unlikely to lend the money due to growing investor and government pressure for them to reduce investments in fossil fuels, particularly in countries where environmental standards are not tightly monitored, the sources said.