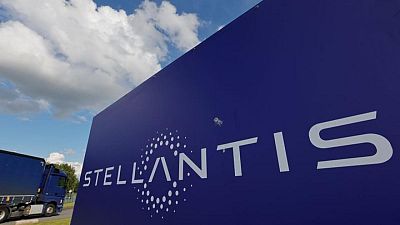 MILAN – Stellantis will operate its largest Italian facility for an equivalent of only six days in October, the UILM union said on Thursday, as a global chip shortage hits manufacturing.

The Melfi plant, which produces hybrid versions of Renegade and Compass Jeep among its models, will make only 8,000 vehicles next month, Stellantis has informed labour unions, UILM‘s Marco Lomio said, adding that this level was equivalent to about six full working days, the same as were worked in September.

“The company told us orders are there but the semiconductor shortage will persist heavily in October too, not allowing orders to be met,” Lomio told Reuters.

A spokesman for Stellantis confirmed the company told unions that Melfi’s October planned production was around 8,000 cars.

With some 7,300 workers, Melfi has a potential production capacity of about 1,000 vehicles a day.

Stellantis, formed though the merger of Fiat Chrysler and France’s PSA, has halted production at several plants, including in Europe and Canada, due to the chip shortage and forecast it would make 1.4 million fewer vehicles this year.

Earlier, Stellantis brand Opel said it would close one of its plants in Germany until at least the end of the year due to chip shortages.