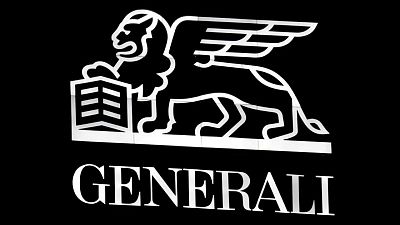 MILAN – Power struggles at insurer Generali and Mediobanca have billionaires Leonardo Del Vecchio and Francesco Gaetano Caltagirone pitted against the CEOs of both groups.

Here are the key facts in a growing confrontation over the strategies of both Italy’s most powerful investment bank and the country’s biggest insurer, which holds 61 billion euros in Italian government bonds.

Del Vecchio, 86, Caltagirone, 78, clinched a shareholder pact in September to consult over decisions concerning Generali ahead of a general meeting in early 2022 to name a new board.

They control a combined 12.5% stake in the insurer, after a third smaller investor recently joined their pact, and are opposing a third mandate for Generali’s current CEO Philippe Donnet, who has the backing of Mediobanca.

They have criticised Donnet’s M&A strategy as too timid, but have not explained what their alternative plan is.

Mediobanca last week borrowed shares to secure 17.2% of the voting rights in Generali until its AGM next year.

Mediobanca gets a third of its revenue from a 13% stake in Generali and is the biggest investor in the insurer.

Generali’s outgoing board on Monday agreed by a majority to file a slate of nominees for the April 2022 shareholder vote, including Donnet as CEO. The decision was backed by nine of 13 board members and opposed by the four representatives of the two tycoons.

Del Vecchio proposed changing the merchant bank’s by-laws at a shareholders meeting on Oct. 28, stepping up pressure on Mediobanca’s top management. Del Vecchio, however, said he was not pushing for management or board changes.

Luxottica’s founder is the bank’s single biggest investor with a 18.9% stake. Caltagirone has also built a 3% stake in Mediobanca, piling pressure on its CEO Alberto Nagel.

Caltagirone and Del Vecchio are expected to present their own slate of nominees for Generali’s board, suggesting an alternative candidate as CEO. They are also seeking allies ahead of the April AGM.

Italy’s powerful Benetton family, which owns 4% of Generali and 2% of Mediobanca, is under the spotlight after announcing it was leaving the Milanese bank’s shareholders pact.

Institutional investors own around 40% of Generali and their vote would be decisive at the AGM.