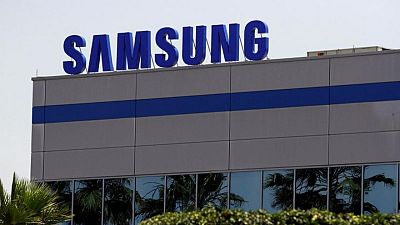 By Joyce Lee and Hyunjoo Jin

SEOUL/SANFRANCISCO -Samsung Electronics Co Ltd is close to finalising the construction of a $17 billion semiconductor factory in Williamson County in the U.S. state of Texas, three people with knowledge of the matter said.

Samsung told Reuters that it is continuing due diligence in multiple locations, and that it has yet to make a decision.

The factory will make advanced logic semiconductor chips and is likely to create about 1,800 jobs, Samsung previously said in filings to state officials.

One of the people said though no decision has been made, the Austin suburb of Williamson County is the frontrunner due to the subsidies on offer as well as the likelihood of stable sources of electricity and water.

A winter storm shutdown at Samsung’s existing chip plant in Austin during the first quarter caused the equivalent of 300 billion to 400 billion won ($254 million to $339 million) of damage to wafer production.

All three people declined to be identified as they were not authorised to speak with media.

Samsung previously said it would start construction on the new 6-million-square-foot (557,418-sq-meter) plant in January, with production up and running by the end of 2024.

The plan comes at a time when the global auto industry faces a significant semiconductor shortage.

“With the United States turning semiconductors into a strategic material, it is becoming a risk to be concentrated only in Asia,” said Park Sung-soon, an analyst at Seoul-based Cape Investment Securities.

“Samsung wants to be on the ground in the U.S.”

In the global chip contract manufacturing industry, Samsung is second to TSMC which had 52.9% of market share compared to Samsung’s 17.3% as of end-June, according to analysis provider TrendForce.