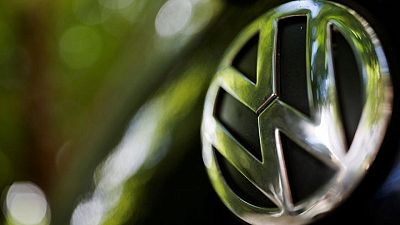 WASHINGTON -Volkswagen AG on Monday said it has agreed to pay $1.5 million to settle environmental claims with the states of New Hampshire and Montana over updates of emissions software arising from the 2015 diesel cheating scandal.

The settlements, about $280 per vehicle, are a small fraction of what the states initially sought. The German automaker and several courts previously have cited astronomical figures as maximum liability the German automaker faces over the issue of whether states can enforce emissions laws over updates to emissions software after the vehicles were sold.

VW will pay New Hampshire $1.15 million and it pledged to build another high-speed charging station in the state by 2024. VW has agreed to pay Montana $357,280.

New Hampshire had sought up to $25,000 per vehicle per day and Montana sought up to $10,000 per violation per day. The settlements with the two states announced Monday cover about 5,500 vehicles.

VW last month asked the U.S. Supreme Court to reverse an Ohio court ruling that cleared the way for the state to move forward with its diesel emissions lawsuit.

The German automaker earlier said in court papers Ohio’s claims alone “could total $350 million per day, or more than $127 billion per year, over a multi-year period.”

If the other states and counties settled for $280 per vehicle, the total would be just $13 million.

Volkswagen previously settled U.S. actions prompted by the emissions scandal for more than $20 billion, but that did not shield it from local and state government liability, an appeals court found.