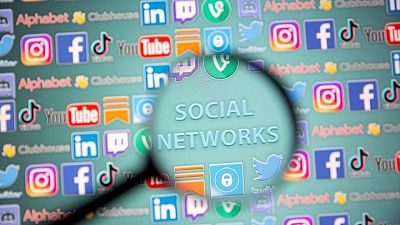 LONDON -Social media firms face action if they do not do more to prevent ads for “dodgy financial promotions” that are fuelling a surge in fraud, Britain’s Financial Conduct Authority said on Tuesday.

Financial scams have rocketed in recent years, especially during the coronavirus pandemic, as more consumers shop online and try digital banking and investing.

UK Finance, a lobby group representing banks, has described fraud as a “national security threat”, with the FCA saying that consumers lost nearly 570 million pounds to investment scams in the 12 months to April.

“We are putting them on notice that we expect them to be involved in this process of protecting the community,” the FCA‘s head of enforcement Mark Steward told its annual meeting.

The big tech firms have said they are investing in fraud prevention and collaborating with the government and regulators.

Google this month prohibited investment ads that are not FCA-authorised, including for gold and cryptocurrencies.

Steward said the FCA was pleased by this action, which he said added was “having an impact already in curtailing the increase in suspicious financial promotions on Google searches”.

“We are talking to all social media firms about this and it’s important that all of them change their processes and procedures otherwise we will have to take action,” he added.

Steward said that it was too easy for perpetrators to hide their identity and be located anywhere in the world.

“This is why the gateway through social media needs to be regulated,” he said.

The FCA has asked the government to include advertisements in its planned Online Harms Bill to help tackle scams.

“There is something systemically and fundamentally that needs to be fixed in order to create a safer environment for consumers to operate,” Steward said.