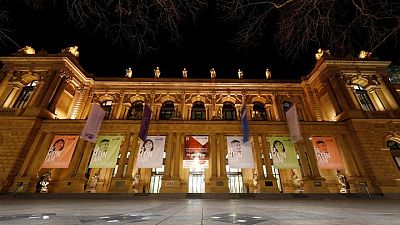 LONDON – Euro derivatives clearing was shifting from London to Frankfurt, showing how ending a heavy reliance on Britain after Brexit is feasible, a senior Deutsche Boerse official said on Monday.

The European Union is due to decide by year-end on how to shift clearing in euro denominated swaps to Frankfurt from the London Stock Exchange’s LCH arm, which accounts for about 90% of the activity.

Britain wants its temporary permission to clear euro swaps for EU customers until June next year made permanent. Brussels says the status quo is unsustainable, though financial firms are opposed to mandatory relocation.

“Forcibly fragmenting liquidity is really going to increase the financial stability risk rather than decreasing it,” Maguire said, adding it would reduce choice and competition and leave customers in the EU with poorer prices and narrower liquidity.

“The debate needs to move – and it is doing – to focus on how can the EU authorities have a say in global markets and have a seat at the table on how they are run,” Maguire said.

Emma West, EMEA head of futures & options at Bank of America, said being forced to close positions in London and reopen them elsewhere would cause some market disruption.

Bill Stenning, head of public affairs in Britain at French bank SocGen said access to Britain is needed to offer a full, cost-effective global service to customers given that 75% of euro swaps are traded outside the bloc.