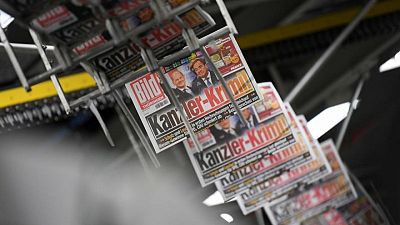 FRANKFURT – Germany’s Social Democrats (SPD) narrowly won Sunday’s national election, with the most likely outcome being a three-way alliance led by either the SPD or Chancellor Angela Merkel’s conservatives.

Agreeing a new coalition could take months, however, and will likely involve the smaller Greens and liberal Free Democrats (FDP).

Following are reactions from some of Germany’s largest companies:

“What we need now least of all is party-political calculation. The goal must be to form a government capable of acting as quickly as possible that combines the various competencies … The election campaign is over, the parties must now show in the coalition negotiations that they are serious about the energy transition. This includes more honesty in the debate: The transformation will involve painful restrictions and, at least initially, will also cost jobs.”

“The upcoming coalition negotiations must focus on a modern climate and economic policy. After all, we in Germany have not only set ourselves a very ambitious goal of climate neutrality for 2045, but can also trigger an enormous economic stimulus program with the energy turnaround … On the road to climate neutrality, a new German government will be judged by whether our energy supply is simultaneously secure, affordable and clean. To achieve this, we need more room for innovation and investment in the future.”

“Germany needs stability and a clear course. We have a decade of great change ahead of us. We need speed in order to lay the right tracks for a climate-neutral industry, to modernise our infrastructure and to massively push digitalisation. To achieve this we need a unified, powerful government that acts now.”

“A new government must clear the path for a speedy expansion of renewable energy and the expansion and repurposing of energy grids…Any incoming coalition must pursue the scaling up of a hydrogen economy.”