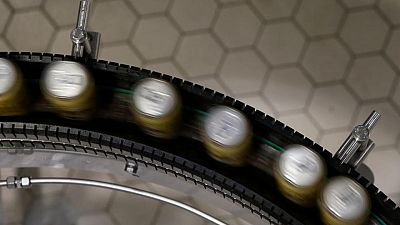 Governments across Europe are coming under pressure to help curb soaring energy costs for companies and households caused by a global surge in wholesale gas prices, as economies emerge slowly from the coronavirus pandemic.

“Rising electricity prices have already led to curtailments and could lead to further relocation of our sector outside Europe if not addressed,” said the letter from Eurometaux addressed to Kadri Simson, European Commissioner for Energy.

“We are also concerned that if electricity remains too expensive, it will disincentivise industrial electrification as a decarbonisation route, undermining the EU’s Green Deal objectives.”

Non-ferrous metals such as aluminium, copper, nickel and silicon are more electricity-intensive to produce than any other material, said Eurometaux, whose members include Norsk Hydro, Boliden, Eramet and Rio Tinto, Umicore and Nyrstar.

The European Commission confirmed it had received the letter and said it would reply in due course.

Nyrstar said last week it has cut zinc production at its smelter in the Netherlands because of the rise in electricity prices in Europe.