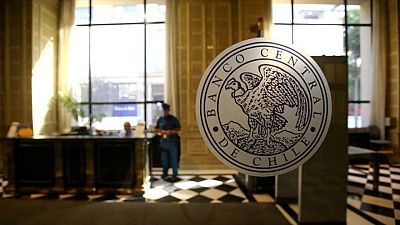 SANTIAGO – Chile’s central bank will decide in early 2022 on a strategy for the potential roll-out of its own digital currency, the bank’s president said on Monday, as policymakers worldwide seek to keep pace with fast-spreading cryptocurrencies.

Regulators globally are cracking down on digital coins, alarmed at a rapidly expanding market that exceeded a record $2 trillion in April. China on Friday said it was banning all crypto trading and mining.

In a presentation before legislators, central bank president Mario Marcel said he had formed a high-level working group to study a medium-term strategy for minting a “digital peso” in a bid to meet the needs of an “increasingly challenging payments industry.”

“From objectives linked to the needs of the public, financial stability and effectiveness of monetary policy, the Central Bank will define, at the beginning of 2022, a proposal with options and requirements for a eventual issuance of a digital peso in Chile,” Marcel told lawmakers.

The use of digital payments has soared in Chile, Marcel said, with more than 40% of household consumption channeled through credit cards or similar systems, as well as digital transfers.

Marcel said the working group would critically evaluate risks to Chile’s banking system and the efficiency of its monetary policy.

Chile, a comparatively wealthy South American nation, has for decades boasted one of the region’s most stable banking and financial industries.