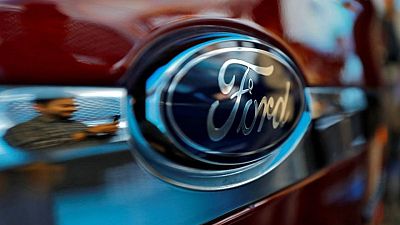 NEWDELHI – India’s top auto dealers group has asked the Indian government to draft rules to safeguard their interests when global automakers decide to leave the market as Ford has said it will do.

The U.S. company this month said it will stop making cars in the country and end its over two-decades long presence. It took a $2 billion hit and said it does not see a path to profitability, but the auto dealers group said this has left dealers in the lurch.

The Federation of Automobile Dealers Association (FADA) said in a letter to India’s industries ministry, sudden exits by global companies “cause great distress.”

Reuters has seen a copy of the letter dated Sept. 21.

India’s industries ministry could not be reached for comment outside regular business hours.

“We have a plan that ensures continued viable business for our dealer partners,” Ford said in a statement, adding that it is also working with them to support existing customers.

“We are very confident that they (Ford) will conduct the discussions with utmost trust and transparency,” Rajesh Shah, president of Ford’s dealer council said.

Ford is the fifth major automaker to cease manufacturing in India since 2017, following exits by General Motors and Harley Davidson.

FADA’s letter asked the ministry to draft a law to “safeguard the dealers’ and customers’ interests in India.”

The group also called for legislation that would ensure adequate information is available to customers and dealers about unfair termination of dealership agreements.

Dealers invested about 24.85 billion rupees ($337 million) in retail outlets of the five brands whose exit has lead to a loss of about 64,000 jobs, FADA said.