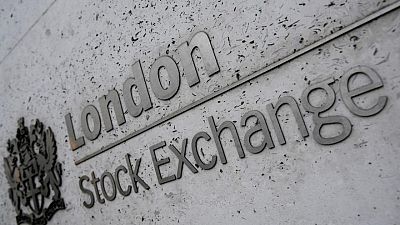 By Lewis Krauskopf and Tommy Wilkes

MSCI‘s gauge of stocks across the globe shed 0.20% after three days of gains, leaving it little changed for the week.

Concern over whether distress at Evergrande could spill into the broader economy has hovered over markets this week. Evergrande’s electric car unit warned it faced an uncertain future unless it got a swift injection of cash, the clearest sign yet that the property developer’s liquidity crisis is worsening in other parts of its business.

“You look back on this week and there is a lot for global markets to digest,” said Matthew Miskin, co-chief investment strategist at John Hancock Investment Management.

“There is still not clarity on how China will address the cracks in their credit markets.”

Gains in S&P 500 cyclical sectors such as financials and energy countered declines for the tech and healthcare groups.

“Some of the hesitancy in European markets could also be put down to the German elections, which promise to be the most interesting in some time,” said Chris Beauchamp, chief market analyst at IG.

Investors were also assessing a busy week of central bank meetings around the world, including arguably more hawkish stances from the U.S. Federal Reserve, as well as from policymakers in Britain and Norway.

“A week of central bank action has shown us that policymakers are ready to move toward reining in on loose monetary policies introduced during the pandemic,” ING analysts wrote in a note to clients.

Oil prices rose, with Brent up to a near three-year high, supported by global output disruptions and inventory draws.