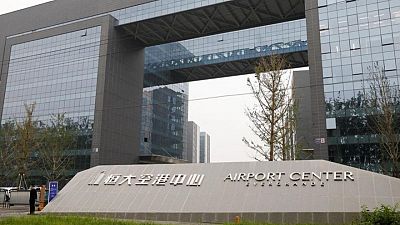 HONGKONG – China Evergrande Group has missed a dollar bond interest payment deadline, moving closer to a potential default and fuelling worries about a collapse that could send shockwaves through China’s economy and beyond.

Chairman Hui Ka Yan founded Evergrande in Guangzhou in 1996. It is China’s second-largest property developer with $110 billion in sales last year, $355 billion in assets, and over 1,300 developments nationwide. It listed in Hong Kong in 2009.

Evergrande grew rapidly through a loan-supported land-buying spree and selling apartments quickly at low margins. It has 200,000 staff and hires 3.8 million annually for developments.

Slowing growth has seen it branch into businesses such as insurance, bottled water, football and electric vehicles (EVs).

In June, Evergrande said it did not pay some commercial paper on time, and in July a court froze a $20 million bank deposit held by the firm at the bank’s request.

It offered steep discounts on residential developments to spur sales and sold the bulk of its commercial properties. Since the second half of 2020, it has had a $555 million secondary share sale, raised $1.8 billion by listing its property management unit, and saw its EV unit sell a $3.4 billion stake.

On Sept. 14, it said asset and equity disposal plans had failed to make material progress.

The central bank in 2018 said companies including Evergrande might pose systemic risk to China’s financial system.

The firm’s liabilities involved as many as 128 banks and over 121 non-banking institutions, the leaked letter showed.

Late repayments could trigger cross-defaults as many financial institutions are exposed via direct loans and indirect holdings through different financial instruments.

It has spent billions of dollars acquiring stakes in automobile technology developers, including Sweden’s NEVS, the Netherlands’ e-Traction and Britain’s Protean. It also has joint ventures with Germany’s Hofer and Sweden’s Koenigsegg.

Regulators have approved an Evergrande proposal to renegotiate payment deadlines with banks and other creditors, media reported. Guangzhou government is also seeking major lenders’ opinions about establishing a creditor committee.