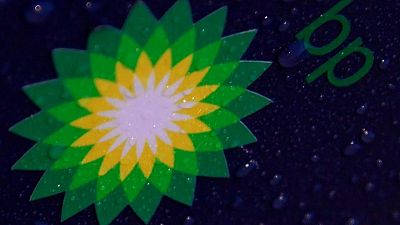 LONDON -Oil company BP said on Thursday it had temporarily closed some of its petrol forecourts in Britain after its ability to transport fuel from refineries was hit by an industry wide shortage of truck drivers.

“We are experiencing some fuel supply issues at some of our retail sites in the UK and unfortunately have therefore seen a handful of sites temporarily close due to a lack of both unleaded and diesel grades,” BP said in a statement on Thursday.

BP, which has about 1,200 branded stations across the United Kingdom, said it was taking action to address the issue.

“We continue to work with our haulier supplier to minimise any future disruption and to ensure efficient and effective deliveries to serve our customers,” it said.

BP said it was prioritising deliveries to motorway service areas, major trunk roads and sites with the largest demand and seeking to minimise the duration of “stock outs”.

ExxonMobil’s Esso said a small number of its 200 Tesco Alliance retail sites in the UK had also been impacted.

“We are working closely with all parties in our distribution network to optimise supplies and minimise any inconvenience to customers,” it said in a statement.

The Petrol Retailers Association (PRA), which represents independent forecourts that account for 65 percent of Britain’s petrol stations, said the issues appeared to be confined to London and southeast England, and appeared temporary.

“According to latest BEIS (business department) data, fuel demand is still only at 92% of pre-pandemic levels so we believe there should be ample stock available at refineries and delivery terminals throughout the UK,” the PRA‘s Gordon Balmer said.

The trucking industry has said it needs another 90,000 drivers to meet demand after Brexit made it harder for European workers to drive in Britain and the COVID-19 pandemic prevented new workers from qualifying.