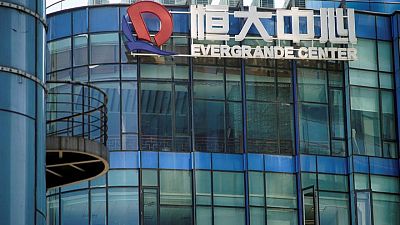 LONDON – Bank of England Deputy Governor Sam Woods said on Thursday that Britain’s banks have no major exposures to Evergrande and he does not expect the troubled Chinese property group to “go badly wrong”.

“The direct exposures of the UK banks and insurance companies to Evergrande are not material, so it’s really not a concern in the first round effect,” Woods told Reuters.

“But the question on everyone’s mind is how will the authorities choose to handle this in China, and could it represent something broader? Obviously at some point that could become something that we need to worry about.”

The BoE has checked exposures of British banks to Evergrande and this year’s stress test scenario for Britain’s lenders included a “hard landing” for the Chinese economy.

“My base case is it won’t go badly wrong,” Woods said.

“I am very cautiously optimistic the Chinese authorities will want to find a way through it that doesn’t create a kind of major issue.”

Evergrande and “blow ups” at hedge fund Archegos and finance company Greensill were symptoms of a market getting ahead of itself, Woods said.

“I think we should feel good about how the financial system has come through COVID but of course that’s been with huge fiscal and monetary support for the economy that shielded (it) from the full force of the blow,” he said.

“As we come out, if you look around, financial markets, I would say, are very frothy,” he added.

Several indicators were now “flashing amber” across the world, particularly in the debt and housing markets, with a correction “clearly possible”.

“It’s an environment in which we need to keep our wits about us,” Woods said.

A steady financial system is needed to support the economic recovery from a pandemic that triggered the worst downturn in Britain in 300 years, he said.

“We are not at the point of specific action yet, but I do think we are watching very carefully with a somewhat jaundiced eye,” Woods added.