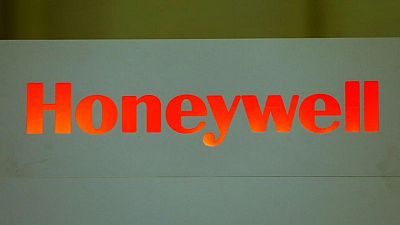 The Biden administration is setting targets to help boost SAF production to shift the aviation industry away from using traditional petroleum-based jet fuel. Earlier this month, the White House said it is targeting 20% lower aviation emissions by 2030. Makers of SAF with a lower level of carbon intensity could be eligible for more government subsidies encouraging development of such fuels.

Some are skeptical about whether the SAF market can reach that 20% target, as production is still miniscule. Less than 1% of the roughly 21.5 billion gallons of jet fuel burned each year in the United States is SAF, but the White House set a production target of 3 billion gallons by 2030.

Sustainable aviation fuel can be made with feedstocks like cooking oil, animal fat and soybean oil.

The two companies are combining on a process that pairs production processing from Honeywell with Wood’s hydrogen plant technology. They said it can significantly reduce lifecycle greenhouse gas emissions, especially when using certain feedstocks, compared to emissions when producing traditional jet fuel.

The carbon dioxide generated from production of the hydrogen can be captured and routed for permanent underground sequestration using Honeywell’s technology.

“The government incentives here are very supportive, but the economics improve greatly as you reduce carbon intensities,” said Ben Owens, vice president and general manager of Honeywell Sustainable Technology Solutions. He said the companies are in talks with current producers of sustainable aviation fuel.

Industry participants say there is a finite amount of lucrative feedstocks like used cooking oil, which will cap the amount of SAF that can flow into the market on a timely basis.

“The skepticism is fair. It’s a very tough target,” Owens said. “The current generations of fats, oils and greases will max out at some point. We’re working to maximize that feedstock, but we’re also working on new feedstocks for the future.”