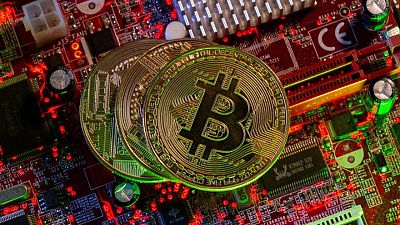 LONDON – Bank of England Deputy Governor Sam Woods said on Thursday he would front-run global rules if necessary to avoid Britain’s banks building up big exposures to cryptoassets that were not backed by sufficient capital.

The global Basel Committee of banking regulators have begun work on capital requirements for banks which hold cryptoassets like bitcoin, proposing punitive charges that lenders said this week would make their involvement in the sector prohibitive.

Woods said that the regulatory community was starting to get a better grip on the crypto sector and that Basel’s proposals were “quite sensible”.

“At this point our banks don’t have material exposures to crypto but you can see over time, there is an investor appetite and not just retail, also institutional investor appetite to have a little bit of this stuff,” Woods told Reuters.

“Some of the banks have announced plans to provide ancillary services in that regard. That may be OK but as that develops and if it develops into something big, we are going to need to make sure the capital treatment is pretty robust.”

The crypto sector is growing rapidly, but Basel can take years to adopt norms that then need to be implemented by members like Britain, the European Union and the United States.

“We would not want to stop firms doing things that make commercial sense, but we would take a very conservative view on capital treatment, and if necessary, we would therefore front run, maybe not exactly in the same way, but we would put some capital measures in place,” Woods said.

Separately, the final elements of Basel’s tougher capital norms agreed in the aftermath of the global financial crisis over a decade ago have yet to be implemented after being delayed a year to January 2023 to give banks space to focus on dealing with COVID.

The new deadline now looks in doubt as Europe, Britain and the United States have yet to finalise how those final elements will be implemented in practice.

Woods said it was “not clear” if the January 2023 deadline will be met given that “timetables are shifting”.

“There is always the question of what does it mean by first of January 2023, that you have published your rules, does it mean firms have got them into their systems? We are going to be in line with the others and there is not going to be a big delay,” he said.

Banks in the EU want some of the rules eased, but Britain, however, will not water down the rules, Woods said.

“Our overriding approach is that we both are and seen to be a robust implementor of international standards,” Woods said.