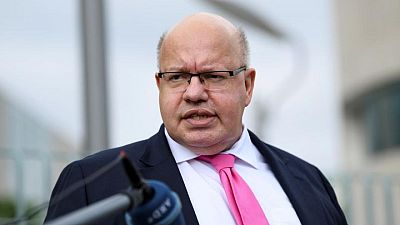 BERLIN – Germany’s drive to use more hydrogen as an energy source has progressed well since it started last year, but more work is needed to expand production capacity, imports and market applications, ministers said on Wednesday.

“The ongoing market ramp-up of hydrogen technologies and the availability of sufficient import volumes are the two decisive levers at which we must work with every available force,” the government said in a media release after a cabinet meeting.

As part of pandemic recovery stimulus packages, Germany last summer kicked off a plan to help decarbonise the economy via electrolysis – a carbon-free process if powered by renewable power – to extract “green” hydrogen from water.

Some 8 billion euros ($9.4 billion) of funding support for 62 hydrogen projects has been made available, of which around 2 billion euros will go to steelmakers, said economy minister Peter Altmaier.

The hope is that hydrogen can replace gas and oil in the industrial, heating and transport sectors, especially for hard to decarbonise applications.

Germany has a global market share of 20% in building electrolysers, led by Thyssenkrupp subsidiary Uhde.

The parent steelmaking company aims to start a factory to produce carbon-neutral steel with green hydrogen by 2025.

The transport ministry has made 1.3 billion euros available for research and marketing, mainly in heavy transport in order to build up fuel cell production in Germany which would use hydrogen for propulsion, said minister Andreas Scheuer.

As 80-85% of future hydrogen requirements will need to be imported, a number of cooperation projects – for which 2 billion euros were set aside in the original package – have been started with regions such as Australia, Africa, Latin America and the Middle East.