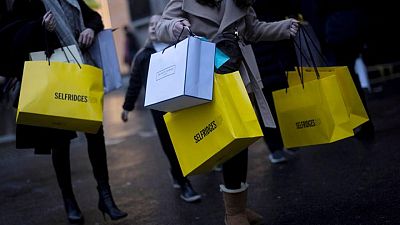 LONDON – The British public’s expectations for inflation over the coming year have shot up by a record amount this month, raising the risk that the Bank of England will send a hawkish message soon, Citi said on Tuesday.

Longer-term inflation expectations for the next five to 10 years rose to 3.8% in September from 3.5% in August.

The BoE’s Monetary Policy Committee is meeting ahead of its September policy statement on Thursday. Citi’s survey contrasts with a much smaller increase in inflation expectations in a poll for August which the BoE published last week.

Financial markets expect the BoE to start to raise interest rates early next year, possibly as soon as February, though most economists think a move will only come towards the end of 2022.

The BoE looks closely at inflation expectations for signs the public expect above-average inflation over the medium term, which could lead to greater pressure for pay rises and prompt businesses to raise prices in expectation of higher costs.

Inflation expectations tend to be pushed up by short-term rises in the current rate of inflation. Last month, consumer price inflation jumped to 3.2% from July’s 2.0%, and in recent days energy companies have warned of big rises in electricity and heating bills.