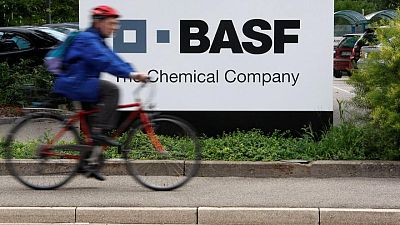 The Ludwigshafen, Germany-based company is developing a global production network for cathode materials, the most complex chemical component of an automotive battery, as electric vehicle production surges. Cobalt and nickel are key inputs.

BASF and China’s Contemporary Amperex Technology (CATL), one of the world’s largest car battery makers, last week struck a partnership https://www.basf.com/global/en/media/news-releases/2021/09/p-21-310.html on battery recycling, among other activities, part of CATL’s move to expand in Europe.

“There is a de facto scarcity of raw materials,” BASF chief technology officer Melanie Maas-Brunner told a media briefing. She added that BASF can only run the cathode business over the longer term “if the raw materials are skilfully kept in a circular movement”.

She said she expects volumes of raw material for cathodes from recycling to surpass those from mining in roughly five to 10 years.

BASF has been seeking a string of alliances with cobalt and nickel miners. Those included a 2018 partnership with Russia’s Norilsk Nickel in Finland and last year it started exploring a nickel and cobalt extraction process in Indonesia with French mining group Eramet.

Reuters reported in May that BASF was in early talks about setting up cathode material production in Canada, attracted by the country’s raw materials and vicinity to battery cell manufacturers in North America.

But primary metal sources must be supplemented with recycled material sources, a business that is in its infancy as the stream of disused batteries is yet to reach critical mass, said Maas-Brunner.

BASF‘s next move in the recycling drive will be the construction of a recycling plant prototype in Schwarzheide in eastern Germany, where BASF already processes the precursor materials from the Norilsk Nickel collaboration into finished cathode materials that go into battery cells.

“We have just given the initial approval in the executive board (for the investment project) to close this circular loop,” said Maas-Brunner.

“We will build recycling plants in those places where we are already making cathode materials or the precursors,” the executive added.