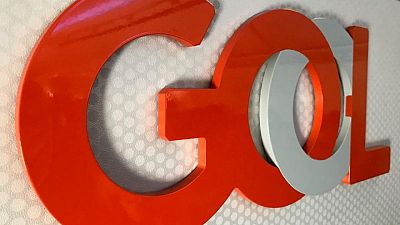 SAOPAULO – A fleet of electric air taxis is set to take off over Sao Paulo by 2025 after a deal between Brazilian airline Gol Linhas Aereas Inteligentes and Irish lessor Avolon to buy or lease 250 of the aircraft.

Gol said on Tuesday that the VA-X4 eVTOL, manufactured by Britain’s Vertical Aerospace, would boost its domestic regional offering and help it reach its 2050 carbon neutrality goal, lifting its shares in Sao Paulo.

“The VA-X4 is ideal for a city like Sao Paulo,” Vertical Aerospace CEO Stephen Fitzpatrick said in a statement. “Our eVTOLs will transform how we travel around high population density cities that are clogged with traffic.”

Avolon, which has agreed to buy up to 500 of the aircraft from the British manufacturer, said it was close to reaching agreement with Asian operators for the remaining 250 jets, with deals expected within 6-12 months.

“I would fully expect us to have placed all of our initial 500 order in that time frame,” Avolon Chief Commercial Officer Paul Geaney told Reuters.

“We’ll be looking to Asia after Sao Paulo.”

Gol said the move is part of its commercial strategy to invest in regional air transportation. The airline intends to open up new routes to “underserved domestic markets”.

Gol said in a securities filing that a holding company owned by Gol’s controlling shareholders, Grupo Comporte, will finance the transaction, without giving a figure.

The first step of the new partnership is to carry out a feasibility study, including aircraft certification and analysis of the infrastructure needed, Gol said.

Avolon, which has said it believes that flying taxis could rapidly poach passengers from planes, expects to complete the VA-X4 certification process in Brazil by 2024.

Vertical Aerospace is backed by American Airlines, which has recently announced an exclusive three-year codeshare and $200 million equity investment in Gol.