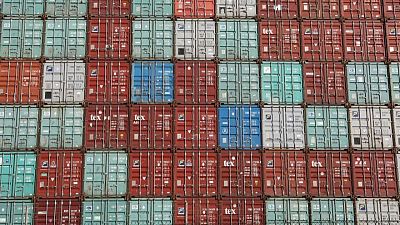 By Colin Packham and Philip Blenkinsop

CANBERRA/BRUSSELS -Australia’s trade minister said on Monday he would seek a meeting with France to ease tensions over Canberra’s decision to scrap a $40 billion submarine deal, and was confident it would not cloud EU-Australia trade talks.

However, a leading European Union lawmaker said Australia’s actions were likely to be reflected in the negotiations.

Australia last week cancelled its order of a fleet of conventional submarines from France, and said it would instead build at least eight nuclear-powered submarines with U.S. and British technology under the new AUKUS security partnership.

France was furious, and recalled its ambassadors from both Washington and Canberra.

Australian minister Dan Tehan told Australian Broadcasting Corporation radio on Monday he would be “very keen” to meet his French counterpart when he is in Paris in October.

And he told Sky News Australia: “It’s just very much business as usual when it comes to our negotiations on that free trade agreement.”

Bernd Lange, chair of the European Parliament’s trade committee, said he did not think those talks should end, but that they were now “much more complicated”.

There are already substantial challenges – from EU demands to incorporate climate change targets and protect food names such as ‘feta’ to Australia’s wish for the EU to accept more of its beef and lamb.

French European Affairs Minister Clement Beaune told France 24 television on Friday that he could not see how Australia could now be trusted in trade negotiations.

Lange said the willingness of EU countries to compromise was likely to be “quite limited”, particularly for France and notably on agriculture.

He also said a future deal might now contain more penalties for non-compliance.

EU foreign ministers were set to discuss the submarine issue on Monday on the sidelines of the United Nations General Assembly in New York from around 2200 GMT/6 pm EDT.

The next round of trade talks is scheduled for Oct. 12.

French trade minister Franck Riester’s office said no decision about a possible meeting with Tehan had yet been taken.

Lange noted that the cancellation did not only affect France as Atlas Elektronik, the marine electronics subsidiary of Germany’s ThyssenKrupp, was also part of the deal.

While France has been the most vocal critic of Australia’s defence deal, China – seen as the catalyst for Australia’s decision to acquire new submarines – has also condemned the AUKUS pact.

Relations have deteriorated as Australia banned China’s Huawei from involvement in its 5G broadband network and called for an enquiry into the origins of the novel coronavirus, which emerged in China.

Beijing has responded by impeding imports of Australian goods and ceasing all ministerial communications.

But Beijing has also applied to join the Comprehensive and Progressive Agreement for Trans-Pacific Partnership trade bloc (CPTPP) – and Tehan said this meant it would have to engage with Australia.