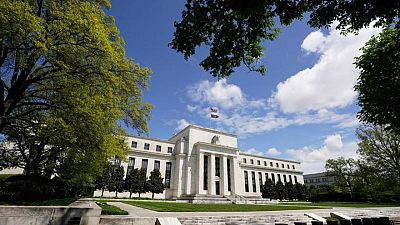 – A bond market tantrum that drives up yields can be a fearsome prospect for central banks but the U.S. Federal Reserve might just welcome a sell-off that lifts Treasury yields towards levels that better reflect the robust state of the economy.

Persistently low yields are a feature of bond markets across the developed world, with central banks mostly in no hurry to raise interest rates and a global savings glut that keeps debt securities in constant demand.

But it is in the United States that the contradiction between economic recovery and bond yields is starkest.

Even with growth tipped to surpass 6% this year and a “taper” in sight for the Fed’s bond-buying programme at the end of this year, 10-year yields are still stuck at just above 1.3%..

The Fed probably rejoiced at low yields in the initial stages of the economic recovery, but now needs bonds to respond to the end of pandemic-linked recession, said Padhraic Garvey, head of research for the Americas at ING Bank.

“To facilitate that, we argue that there needs to be a tantrum. If the Fed has a taper announcement … and there is no tantrum at all, that in fact is a problem for the Fed,” ING‘s Garvey said.

The original “taper tantrum” in 2013 boosted U.S. yields just over 100 bps in the four months after then Fed boss Ben Bernanke hinted at an unwinding of stimulus measures.

But that kind of sudden jump in yields looks unlikely right now, given how clearly the Fed has telegraphed its plans to taper its bond-buying. And as 2013 showed, bond market tantrums carry nasty side-effects including equity sell-offs and higher borrowing costs worldwide.

Besides wanting higher yields to better reflect the pace of economic growth, the Fed also needs to recoup some ammunition to counter future economic reversals.

The Fed funds rate – the overnight rate which guides U.S. borrowing costs – is at zero to 0.25%, and U.S. policymakers, unlike the Bank of Japan and the European Central Bank, are disinclined to take interest rates negative.

The Fed won’t want to find itself in the position of the ECB and BOJ, whose stimulus options at the moment are limited to cutting rates further into negative territory or buying more bonds to underwrite government spending.

Jim Leaviss, chief investment officer at M&G Investments for public fixed income, said policymakers would probably like the Fed fund rate to be at 2%, “so, when we end up in the next downturn, the Fed will have some space to cut interest rates without hitting the lower bound of zero quickly”.

Another reason higher yields might be welcomed is because banks would like steeper yield curves to boost the attractiveness of making longer-term loans funded with short-term borrowing from depositors or markets.

Thomas Costerg, senior economist at Pictet Wealth Management, notes that the gap between the Fed funds rate and 10-year yields of about 125 bps now is well below the average 200 bps seen during previous peaks in economic expansion.

He believes the Fed would favour a 200 bps yield slope, “not only because it would validate their view that the economic cycle is fine but also because a slope of 200 bps is healthy for the banking sector’s maturity transformation.”

But even a tantrum might not bring a lasting rise in yields.

First, while the Fed may look with envy at Norway and New Zealand where yields have risen in expectation of rate rises, it has stressed that its own official rates won’t rise for a while.

Structural factors are at play too, not least global demand for the only large AAA-rated bond market with positive yields.

The Fed also, in theory at least, guides rates towards the natural rate of interest, the level where full employment coincides with stable inflation.

But this rate has shrunk steadily. Adjusted for projected inflation, the “longer-run” funds rate – the Fed’s proxy for the natural rate – has fallen to 0.5% from 2.4% in 2007. If correct, it leaves the Fed with little leeway.

Demographics and slower trend growth are cited as reasons for the decline in the natural rate though a paper https://bit.ly/3nVMxMv presented last month at the Jackson Hole symposium also blamed a rise in income inequality since the 1980s.

The paper said the rich, who are more likely to save, were taking a bigger slice of overall income and the resulting savings glut was weighing on the natural rate of interest.

“One lesson from this year is that there is massive gravitational force, a price-insensitive demand which is pressing down on Treasury yields,” Pictet’s Costerg said.