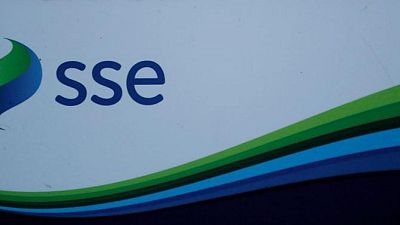 -Britain’s SSE has not made a decision to split itself up, the renewable power and networks group said on Monday in response to a newspaper report that it was close to doing so after months of pressure from U.S. activist investor Elliott.

A source close to the situation confirmed that Elliott was one of the top five investors in the blue-chip company, holding a stake just under the 5% threshold that would require formal disclosure.

SSE, which declined to comment on Elliott’s reported involvement or stakeholding, said it would update investors on growth plans in due course. It is scheduled to report interim results in mid-November.

SSE shares have gained nearly 9% this year, with more than 6% of the rise having come after a media report in early August about Elliott buying a stake. The company has a market valuation of more than 17 billion pounds ($23.2 billion).

SSE has been sharpening its focus on renewable power generation and electricity networks after the sale of its retail division to OVO Energy. It plans to invest 7.5 billion pounds ($10.3 billion) in low-carbon projects up to 2025.

By splitting SSE‘s renewables business from networks the company could attract a couple of billion pounds from investors who are ESG-focussed, the source said.

The source added that conversations between Elliott and SSE are understood to have been constructive.

On Monday the stock closed 0.4% higher, outshining the main bourse that ended down 0.8%.

SSE‘s statement followed a Telegraph report on Friday https://bit.ly/3lE1yQe that the company was close to splitting into two separate blue-chip companies.

“The Board remains fully focused on strategic choices which will drive shareholder value from the wealth of net zero opportunities the company is creating,” SSE said.

“SSE is currently building more offshore wind than any company in the world, expanding internationally, and investing in the low-carbon electricity infrastructure.”

New York-based Elliott, which in the past had pushed for changes at Premier-Inn owner Whitbread, has more recently targeted London-listed pharmaceutical giant GSK.

The hedge fund has been in talks with SSE‘s board to separate the company’s wholesale networks business from its renewables operations for more than a year, the Telegraph report added, citing unidentified sources.

Elliott declined a Reuters request for comment on the report.

Energy companies in Britain and across the world are under the spotlight amid a surge in gas prices.