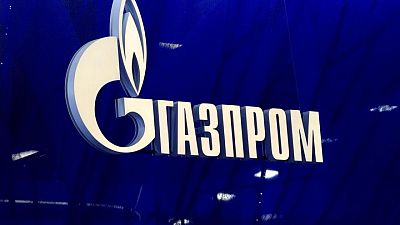 Miller also told an online conference that demand is rising for natural gas, which he described as a “clean fuel” that could help the transition to greener energy.

“This is very big… All the experts are saying that Europe won’t be able to catch up with the lag in pumping (into storage).

“Europe will enter the autumn/winter period with shortages in underground storage,” he said.

“Of course, the situation is having an impact on prices and we see that the prices in Europe have beaten all the possible records. It’s even possible that they will beat the records which they had already achieved.”

Day-ahead gas prices at the Dutch TTF hub, a European benchmark, have more than tripled this year to record levels and boosted power prices. [NG/GB]

NORDSTREAM 2 Miller reiterated that Gazprom was sticking to its supply obligations in full and that the company was ready to pump more gas if needed.

Gazprom is set to double its gas export capacity to Europe via the Baltic Sea after announcing the completion last week of the Nord Stream 2 pipeline to Germany.

However it still needs operating approval from Germany, a process expected to take up to four months.

Nord Stream 2 has faced sanctions from the United States and criticism from other countries wary of the European Union increasing its reliance on energy imports from Russia.The new pipeline could allow Moscow to halt gas deliveries via political foe Ukraine, depriving Kyiv of lucrative transit fees.

However, some analysts believe that Nord Stream 2 is unlikely to help cool Europe’s high gas prices any time soon. Gazprom on Thursday kept its forecast for gas exports unchanged.

“Nord Stream 2 remains a point of uncertainty but also, in isolation, is unlikely to make enough of a difference to gas balances,” Barclays analysts wrote on Friday.

Gazprom had delivered more than 10 bcm of gas to China since supplies started in December 2019 via the Power of Siberia pipeline, the head of the company said.

He also said that he expected China to import a total of 160 billion cubic metres (bcm) of gas from various sources in 2021.