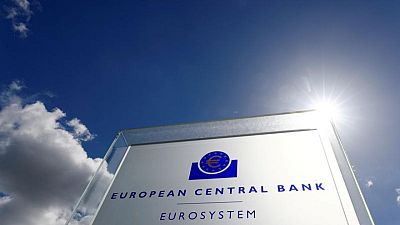 DUBLIN -Some European Central Bank policymakers believe that the bank’s inflation forecasts, which were raised only last week, are still too pessimistic, Governing Council member Gabriel Makhlouf said on Friday.

However Makhlouf, Ireland’s central bank chief, said fears of excessive euro zone inflation are overstated “at the moment” and that notwithstanding the “considerable uncertainty” about the persistence of price pressures, the current pick-up is transitory.

Euro zone inflation has been rising more than expected recently and hit a 10-year high of 3.0% in August, data confirmed on Friday, challenging the ECB‘s benign view on price growth and commitment to look past what it deems a temporary increase beyond its 2% target.

The ECB, which took a first small step last week towards unwinding its emergency pandemic aid at the same time as updating its forecasts, sees inflation at 2.2% this year, falling to 1.7% next year and 1.5% in 2023.

Makhlouf told the conference a number of times that if policymakers think and see evidence that inflation is going to go above its target, they will respond. “That will absolutely happen,” he said.

“There’s almost a bit of a sense that central banks are going to sit and watch all this happen. Certainly not at the ECB,” he said.

Makhlouf said it would be important the ECB maintains an accommodative monetary policy stance “for some time” to ensure the continued recovery from the COVID-19 pandemic remains solid.

Raising interest rates in response to a temporary rise in prices would be harmful to those efforts, he added.

Makhlouf said that with the correct monetary and fiscal policies in place, a sufficiently strong demand-driven recovery should see inflation return to 2% over the medium-term.