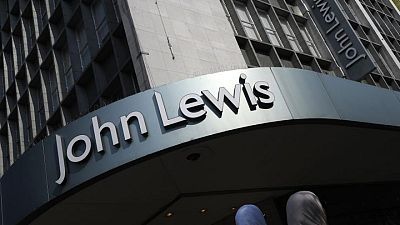 LONDON -British retailers John Lewis Partnership and the Co-operative Group both warned on Thursday that creaking supply chains would lead to higher prices, as a dearth of truck drivers compounds disruptions in global freight trade.

A combination of the impact of Britain’s exit from the European Union on cross-border trade and the wider effects of the COVID-19 pandemic on worldwide transportation has led many retailers to highlight the challenges facing their businesses.

Although the employee-owned John Lewis Partnership, which runs John Lewis department stores and supermarket chain Waitrose, returned to a first-half profit after a pandemic-hit loss last year, it warned of “significant uncertainty” ahead.

The group was seeing inflationary pressures and expects them to persist.

“We are obviously seeing short-term pressures. We are finding it hard to see how those short-term inflationary pressures are going to be fully eased,” she told reporters. “Industry wise, economy wise everybody’s staring into a rather cloudy crystal ball at the moment.”

The partnership was taking measures to mitigate risks and deliver Christmas for customers, including recruiting more full-time drivers and 7,000 temporary seasonal workers as well as booking additional freight capacity.

The Co-op, which runs Britain’s sixth-largest supermarket group and also provides funeral and other services, reported a first-half loss and warned that supply chain disruptions would pressure full-year profit.

CEO Steve Murrells joined industry calls for heavy goods vehicle drivers to be added to the shortage occupation list so foreign workers can help plug a shortfall of 90,000.

“This won’t be solved in isolation. This is a global issue where the supply chain has completely broken down,” he told Reuters.

“We have faced our biggest-ever test and we will come through stronger,” said White, who set out a five-year recovery plan last October.

This involves investing 1 billion pounds to expand its online business and improve its stores, diversify beyond retail and seek more partnerships.

The Co-op made a first-half underlying operating loss before tax of 15 million pounds versus a 56 million pound profit in the same period last year.

The group has struck a partnership deal with Amazon that will allow Prime members to buy Co-op products on the Amazon site for home delivery and wants to double online sales to 200 million pounds by the end of the year.

The group has also extended its partnership with Starship Technologies, the delivery robot company, which allows the delivery of groceries in as little as 20 minutes.