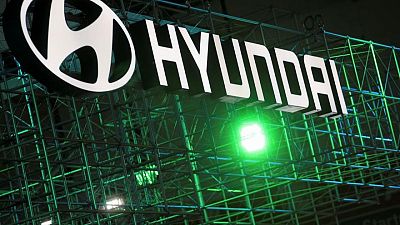 JAKARTA – South Korea’s LG Energy Solution (LGES) and Hyundai Motor Group have started construction on a $1.1 billion plant to make batteries for electric vehicles (EVs) in Indonesia, amid a push by the Southeast Asian nation to tap its rich nickel reserves.

In a video broadcast on Wednesday, Indonesian President Joko Widodo said the plant was the first EV battery facility in Southeast Asia and signalled the government’s commitment to use its nickel resources to develop downstream industries.

“Indonesia has the world’s biggest nickel reserves and with this potential, I believe in the next three to four years, with good management, Indonesia will be the main producer of nickel-based products, such as batteries,” Jokowi, as the president is widely known, said at a ground-breaking ceremony.

The battery plant in the Indonesian province of West Java is part of a $9.8 billion investment plan https://www.reuters.com/world/asia-pacific/indonesia-says-98-bln-ev-battery-mou-agreed-with-lg-energy-solution-2020-12-30 for LGES, according to Indonesia’s Investment Minister Bahlil Lahadalia, spanning the nickel and battery supply chain.

Jong-hyun Kim, the chief executive of LGES, which is wholly owned by LG Chem Ltd, said in a virtual address batteries will be produced using the company’s latest technology and installed in various Hyundai Motor and Kia Motors Corp EVs.

In addition, the facility will be ready to increase its production capacity up to 30 GWh to meet future growth, the statement said.

Hyundai Motor Group and LGES expect to develop in Indonesia a battery industry, as well as assembly plants for EVs and recharging infrastructure.

“Through the development of these industries, an EV ecosystem will be successfully developed in Indonesia, and furthermore I am confident Indonesia will play a key role as the hub of Southeast Asia’s EVs market,” Hyundai Motor Chairman Euisun Chung said.