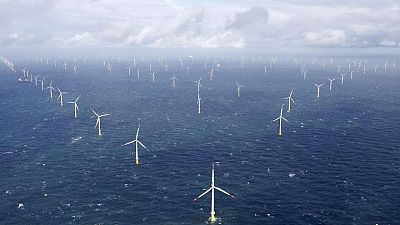 FRANKFURT – Germany’s power network agency said on Thursday it had awarded licences to build 958 megawatts (MW) of offshore wind capacity at zero subsidy for commissioning in 2026 in the country’s North Sea and Baltic Sea territories.

The operators gain the right to onshore connections, funded by power grid fees that are recovered via consumer bills, and to operations for 25 years.

The agency allotted some participation rights to two previous project companies active in the spaces, should they exercise their rights by Nov. 2, 2021.

In that case, EDF would have to give some rights to a firm named Nordsee Two, and RWE would have to share its space within the 300 MW project with a firm called Windanker.

Bids for the EDF and RWE 300 MW projects were decided by drawing lots because there were several bidders.

“The zero cent bids show the high level of interest shown by the bidders, despite the comparatively moderate size of the space and the existing entry rights of the former project developers,” said Bundesnetzagentur president Jochen Homann.

But due to energy market developments, German thermal operators currently stand to obtain 6.9 cents a kWh and 6.6 cents in the wholesale market for power delivery in 2024 and 2025 respectively.