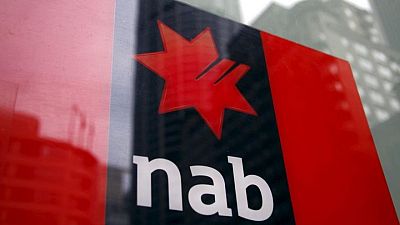 SYDNEY – Two of Australia’s largest lenders, National Australia Bank (NAB) and Westpac, on Thursday rejected criticism that they are stymieing competition by refusing to do business with cryptocurrency providers.

Many of Australia’s top financial institutions have not engaged with the sector, despite its huge growth in the past year, due to its high risks.

The stock exchange ASX Ltd, similarly has not allowed cryptocurrency-related listings, forcing some firms to seek public listings overseas, including on the Nasdaq.

“It’s one of the emerging issues that we are looking at – what should our relationship be, if at all, with cryptocurrency,” NAB Chief Executive Ross McEwan told a regular parliamentary hearing.

The bank did not have a policy excluding crypto-related customers, but did not service any of them and would only do so if it was profitable and the bank could tolerate the risks, McEwan said.

“We have to look at where does cryptocurrency go, along with … the reserve bank and regulators. And what’s the risk inside the bank of dealing with cryptocurrency providers as well.”

Peter King, the chief executive of Westpac, the country’s second-largest lender, said the anonymity of cryptocurrency made it “very hard” to meet the bank’s anti-money laundering and counter-terrorism financing requirements.

Local digital currency exchanges Bitcoin Babe Pty Ltd and Aus Merchant Pty Ltd on Wednesday told a parliamentary committee exploring how to regulate the sector that none of the Big Four banks would do business with them.

Singapore-based payments and remittances firm Nium on Wednesday also said that Australia had been the only country where it had been “de-banked”, out of 40 where it operates.

“Today, fintechs are always one decision away by the banks from closing their businesses,” Nium APAC head of consumer Michael Minassian said. “It’s time to cast an appropriate light on this anti-competitive practice.”