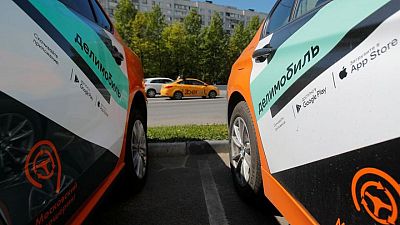 Russia is experiencing an IPO boom after several barren years following the imposition of sanctions against Moscow after Russia’s annexation of Crimea in 2014. UBS earlier predicted a Russian IPO flurry of at least $10 billion this year.

Three sources told Reuters Delimobil was targeting an offering this autumn, with two of them saying the company was eyeing a $350 million listing on the New York Stock Exchange and a dual listing in Moscow. Delimobil has previously said it was looking at New York for the offering.

Delimobil, one of Russia’s biggest car-sharing providers along with Yandex.Drive and others, declined to comment.

Three sources said Bank of America and Citi were among the banks picked to arrange the offering. Two sources said UBS, as well as Russia’s Sberbank CIB, VTB Capital and Renaissance Capital were the other banks selected.

Bank of America, Citi, VTB Capital and Renaissance Capital declined to comment. UBS and Sberbank CIB did not immediately respond to requests.

VTB in July said it had purchased a 13.4% stake in Delimobil. In June, Delimobil said VTB‘s minority stake was worth $75 million.

Delimobil, which operates a total fleet of more than 16,000 vehicles in Russia, first announced IPO plans in 2019, saying it would float a 40% stake. The sources did not say whether the $350-million target for this autumn corresponded to 40% of the business.

Cian, one of the country’s largest real estate databases, is very close to holding a U.S. IPO, three financial market sources said on Tuesday, with two suggesting Nasdaq would be the likely exchange.

Cian’s offering could be in the region of $300-400 million, two sources said. The company has hired banks to arrange the deal, sources said last month.

Other firms targeting imminent U.S. listings include food retailer Vkusvill and the Saint Petersburg Exchange, four sources told Reuters. The Wall Street Journal, citing sources, reported on Tuesday that Vkusvill could be valued between $3-5 billion and the exchange at $2 billion.

Three banking sources on Tuesday said agriculture company Prodimeks was considering an IPO, with one saying the firm was hoping to raise between $500-$750 million. Prodimeks had no immediate comment.