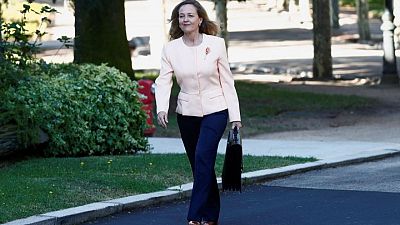 MADRID – Improving economic conditions should allow Spain to approve a long-awaited minimum wage hike in September, the economy minister said on Monday, bringing an end to months of back and forth between unions and businesses.

The “limited” increase would come into force as early as October, Economy Minister Nadia Calvino said in an interview with Spanish broadcaster TVE.

She declined to estimate the scale of the likely increase.

The number of people registering as unemployed fell 2.4% in August to 3.33 million, the lowest level since February 2020, a month before a nationwide lockdown was imposed, sending the economy spiralling.

At that time, 3.25 million people were unemployed.

The minimum wage in Spain is set through negotiations between labour unions and business representatives, although the government can force through a settlement if no consensus is reached.