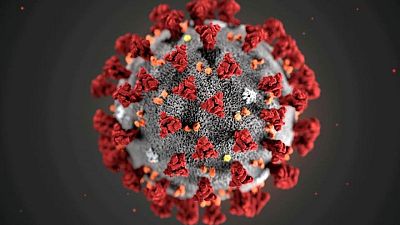 COVID-19 symptoms that persist long after infection, known as “long COVID“, has been tied to a higher risk for new kidney problems, according to a new study. Analyzing data on more than 1.7 million U.S. veterans, including nearly 90,000 COVID-19 survivors with symptoms lasting at least 30 days, researchers found the “long haulers” were at higher risk for new kidney problems compared to people who had not been infected with the coronavirus. This was true even when survivors had not been hospitalized, although declines in kidney function were “more profound” with more severe infection, they reported on Wednesday in the Journal of the American Society of Nephrology https://bit.ly/3zKI2Y0. Roughly 5% of the Long COVID group developed at least a 30% drop in a critical measure of kidney function known as the estimated glomerular filtration rate, or eGFR. Overall, people with long COVID were 25% more likely than uninfected people to develop a 30% decline in eGFR, with higher risks in survivors of more severe disease. While kidney function often declines with age, the damage in these patients “was in excess” of what happens with normal aging, study coauthor Dr. Ziyad Al-Aly, of Washington University in St. Louis, said in a statement. “Our findings emphasize the critical importance of paying attention to kidney function and disease in caring for patients who have had COVID-19,” he said.

Loss of smell may be followed by smell distortions

Many people who lose their sense of smell due to COVID-19 eventually regain it, but some survivors later report smell distortions and unexplained smells, a new study found. Researchers analyzed survey responses from 1,468 individuals who had been diagnosed with COVID-19 between April and September 2020 and had suffered loss of smell and taste at the start of their illness. Early on, about 10% also reported smell distortions, or parosmia, and unexplained smells, known as phantosmia. At an average of six to seven months after becoming ill and first reporting loss of smell, roughly 60% of women and 48% of men had regained less than 80% of their pre-illness smell ability, and rates of smell distortions and imaginary smells had increased, the researchers reported on Tuesday on medRxiv https://bit.ly/2WP7ayz ahead of peer review. Roughly 47% reported parosmia, saying, for example, “some things now smell like chemicals.” About 25% reported phantosmia. “Sometimes I can smell burning but no one else around me can,” one respondent reported. Persistent smell problems were seen more often in survivors with more symptoms overall, “suggesting it may be a key marker of long-COVID,” the authors said.

The mRNA COVID-19 vaccines trigger protective immune responses in most cancer patients with solid tumors and in many people taking immunosuppressive medications, two small studies suggest. In Israel, researchers found that six months after the second dose of the vaccine from Pfizer Inc and BioNTech SE, 79% of 154 patients with solid tumors had developed antibodies, as had 84% of 135 similar people without cancer, a difference that was not deemed statistically significant. Antibody levels were similar in the two groups, the researchers reported on Thursday in Cancer Discovery https://bit.ly/3jGAccu. Separately, U.S. researchers studied 133 adults taking immunosuppressive medications for chronic inflammatory diseases and 53 healthy volunteers. At three weeks after the second shot of an mRNA vaccine from Pfizer/BioNTech or Moderna Inc, nearly 90% of the immunosuppressed participants had developed antibodies, although many had lower responses compared to the control group, according to a report published on Tuesday in Annals of Internal Medicine https://bit.ly/3yEMOVy.

People with mild-to-moderate COVID-19 who were treated with a monoclonal antibody “cocktail” had lower hospitalization rates than similar people who did not receive the treatment, researchers reported on Monday in EClinicalMedicine https://bit.ly/2WCfwJg. They looked at nearly 1,400 such patients, roughly half of whom had received Regeneron Pharmaceutical Inc’s combination monoclonal antibody therapy. Among those who received the treatment, about 45% were older than 65, and many had high blood pressure, obesity, diabetes, lung disease and other risk factors. By four weeks after the treatment, 1.6% of them had been hospitalized, compared to 4.8% of patients not treated with the monoclonal antibodies. The study was not randomized and cannot prove the treatment caused the better outcomes. However, it “suggests that when patients who are at high risk due to a range of comorbidities contract a mild or moderate case of COVID-19, this combination of monoclonal injections gives them a chance of a nonhospitalized recovery,” study leader Dr. Raymund Razonable of the Mayo Clinic in Rochester, Minnesota in a statement.